Are you in a committed, long-term relationship with your operating system? Google’s Android operating system and Apple’s iOS are the two main players in the mobile market. Android is used across many different mobile brands whereas iOS is specific to Apple. If you’re thinking of changing things up and you’re weighing up the pros and cons of each OS then we’ve already done the hard work for ya! Here’s what you need to know.

Android vs. iOS: 5 Considerations To Help You Choose

1. We Must Say, They’re Both Pretty Smooth In Terms Of Design

iOS gains some early brownie points for being super user friendly! Yaas! Plus, it’s uniform across all iOS devices, whereas you’ll get a different user experience from different Android mobiles depending on the manufacturer. However, if customisation is important to you then Android gives you more options to make sure your device meets your needs; real techies will know how to adjust their settings to get just what they want. Android is pretty flexible and let’s be honest, the variety of Android devices available is pretty incredible. Essentially, the world of Androids is your oyster!

2. Match Made In Heaven: How Compatible Is The OS With Your Other Devices?

Apple is notoriously inflexible when it comes to transferring files to other devices, especially if you have a Windows laptop. You’ll be able to transfer files to your iTunes app or access the photos on your mobile via a USB lead. Luckily, it’s super smooth and easy to sync files if you’ve got other Apple devices; however, Android will let you share files between all sorts of different devices more easily. A major iOS let-down is that there’s no expandable storage with an iPhone. Looks like if you’re not all in with Apple then iOS may not be the perfect match after all…

3. Does Your OS Have Exclusive Apps?

While the Google Play Store has a higher percentage of free apps, new apps generally land on Apple’s App Store first - winning!. If you’re an Android-lover, though, there’s no need to fret because this is changing as Android becomes ever-more popular. The gap between the two is certainly narrowing. Of course, you’ll only get iMessage and FaceTime on iOS which can be pretty handy if all your friends are Apple users. You’ll also find some pretty fab photo editing apps on the App Store such as Hyperlapse; so you can keep all your snaps and videos looking fresh!

4. Let’s Not Forget About The Price Tag

Apple comes at a bit of a premium, especially the iPhone X - that’s sure to bruise your bank balance! This is not to say that all iPhones will set you back quite so much; you’ll still reap the benefits of iOS with the iPhone 8 and iPhone 7. However, nothing compares with Android when it comes to variety. There are plenty of sleek, stunning mobiles on offer (with price tags that match the iPhone X) as well as lower cost mobiles from heaps of different brands. Samsung is the most popular Android brand around, ranging from budget to premium. However, if you’re looking to trade in your old mobile, Apple generally holds its value better. Choices, choices...

5. Malware, We’ve Got You Covered!

When it comes to keeping your mobile safe, iOS may just have the edge. There’s an advantage to the fact that Apple makes both the the hardware and software - timely updates. These help keep the nasties out; all Apple devices get the same updates at the same time. Plus, iOS only lets you install apps using the App Store. That’s not to say that Android devices won’t keep your content secure; they’re just slightly less efficient at rolling out updates and you’ll need to be slightly more picky about what you choose to download.

It’s hard to say there’s a clear winner when both Operating Systems have so much going for them. Next time you’re in the market for a new mobile, maybe you’ll consider trying out a new OS? Then again, maybe you’re already addicted to what you’ve got! Either way, make sure that you have enough data to keep your OS working overtime. Check out our SIM-only plan to meet your mobile needs, with unlimited data, calls and text for just £20! 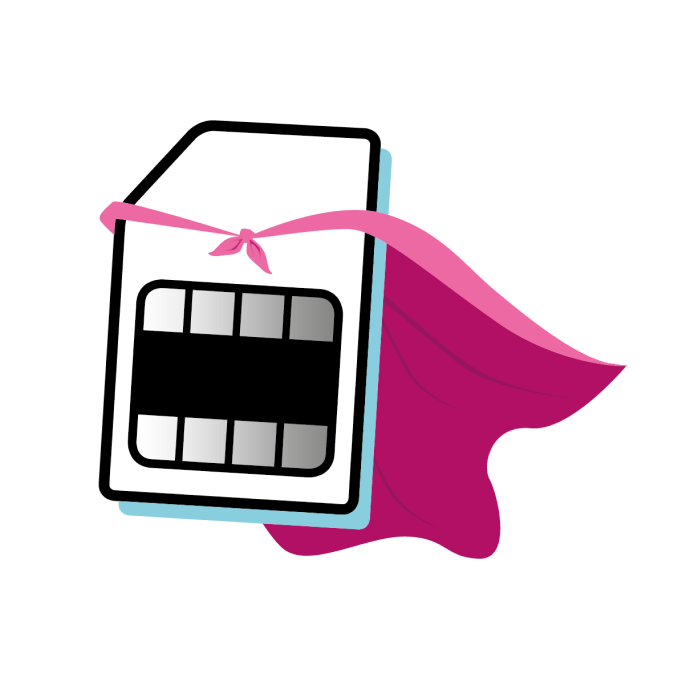